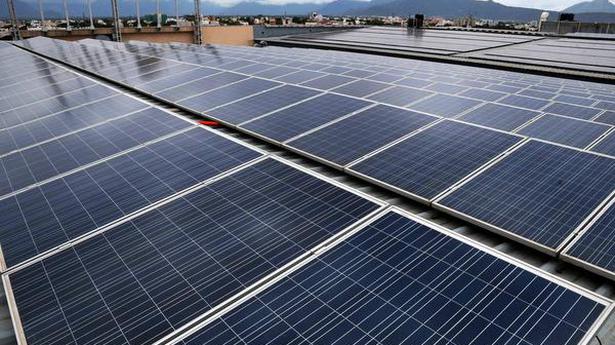 It will be the first Indian mission globally to become clean and green with this installation.

The Indian embassy in Madagascar will go solar on October 2, on the occasion of the birth anniversary of Mahatma Gandhi, becoming the first Indian mission globally to become clean and green with this installation.

The Indian Embassy in Antananarivo will have an installation of 8 KW of solar power plant on its rooftop, the mission said in a statement.

Indian embassy in Antananarivo is going to be the first embassy in Madagascar to go solar on October 2, 2020, on the occasion of the grand finale of the birth anniversary of Mahatma Gandhi, the statement said.

Both India and Madagascar are members of the International Solar Alliance which aims to promote solar energy to fight climate change, biodiversity loss and environmental pollution, it said.

In pursuit of a “clean and green Embassy”, it undertook the project to install solar panels on its roof top to switch to solar energy.

The solar power “clean and green” Indian Embassy will be jointly inaugurated on October 2 by Minister of Environment and Sustainable Development of Madagascar Raharinirina Baomiavotse Vahinala and Indian Ambassador Abhay Kumar.

Trump to spend days at military hospital after COVID-19 diagnosis

Europe, Which Thought It Had Coronavirus Tamed, Faces Second Wave