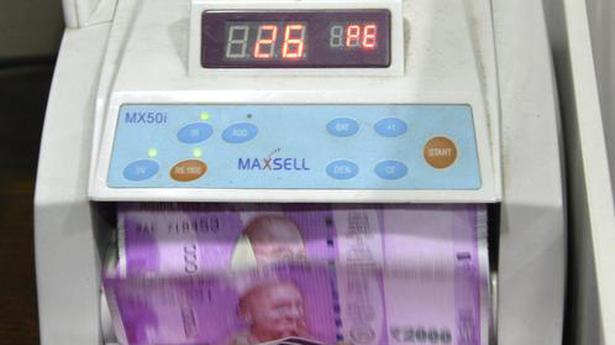 Banks will suffer a loss of ₹6 lakh crore in case of complete waiver to all borrowers, says affidavit

The Centre has informed the Supreme Court that it will continue to “hand-hold” small and vulnerable borrowers and waive the compound interest (interest on interest) accumulated against their loans during the six-month moratorium period.

The waiver of compound interest is only applicable for loans up to ₹2 crore, an additional affidavit filed by the Ministry of Finance told the Supreme Court.

The relief of waiver of compound interest during the six-month moratorium will be for MSME, education, housing, consumer durables, credit card, auto, personal and consumption loans, all up to ₹2 crore.

“The government has decided to continue to hand-hold the small borrowers,” the affidavit said.

The government made it clear that “any individual or entity whose loan amount is more than ₹2 crore will not be eligible for waiver of compounding of interest”.

The 20-odd page affidavit reasoned that banks would suffer a loss of ₹6 lakh crore if the government agreed to a complete waiver of loans to all borrowers of all categories for the entire moratorium.

“It would wipe out the substantial and major part of the banks’ net worth, rendering most of them unviable,” the Ministry said.

A blanket waiver across the spectrum would “raise a very serious question mark over their (banks) very survival”.

Even for the State Bank of India, a sweeping waiver would wipe out over half its net worth accumulated over nearly 65 years of its existence.

It said even this limited waiver may have an impact on “pressing commitments to the nation, including meeting direct costs associated with pandemic management, addressing basic needs of common man” and so on.

The government reasoned that ‘moratorium’ never meant ‘waiver’. It only had meant ‘deferment’.

Most importantly, payment of interest to depositors was essential for banking. Small depositors, pensioners, etc. survive on the interest from their deposits.

Going any further than a limited waiver would be detrimental to the overall economic scenario.

“Jobs need to be safeguarded and every attempt made to bring back economic growth. Use of public resources for any one category of stakeholders must be carefully calibrated. Unintended consequences can arise and financial stability itself could be imperilled,” the affidavit cautioned.

On concerns addressed in court about the downgrading of loan accounts from ‘Standard’ to ‘Non-Performing Assets (NPAs), the government said the resolution framework announced by the Reserve Bank of India (RBI) provides that loan accounts which slip into NPAs between invocation and implementation may be upgraded as ‘Standard’ on the date of implementation itself.

The government assuaged apprehensions that credit rating may record a downgrade to NPA for defaults during the moratorium. It said the Securities and Exchange Board of India (SEBI) had already issued a circular on March 30 providing for relaxation from recognition of default due to the moratorium.

A second circular on August 31 has buttressed the earlier assurance. In future, the government would engage with the SEBI in this regard for a “holistic and humane view in resolving issues”.

The government touched upon requests for further relief and regulatory dispensation for businesses other than MSME. The Centre said several steps had been taken in this regard, including the suspension of crucial provisions of the Insolvency and Bankruptcy Code from March 25, the first day of the pandemic lockdown.

REORGANIZING DEBT: LOANS TO BE RESTRUCTURE