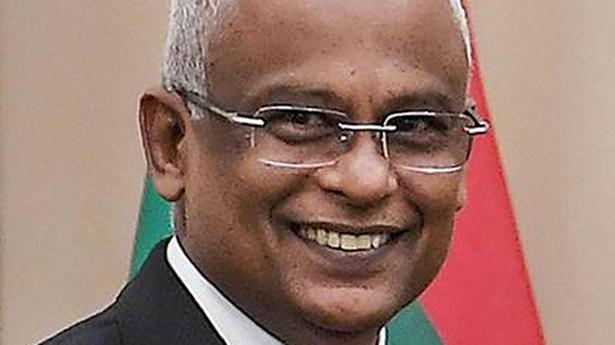 Politically secure, the Solih administration — which decisively won the September 2018 presidential polls and the April 2019 general elections – is faced with a grave economic crisis after its tourism-reliant economy broke down in the wake of the coronavirus. UNDP termed the pandemic’s impact on the Indian Ocean archipelago, with a five lakh-populatio, among the worst affected in Asia. Even as the government tries to cope with Covid-19 – over 10,000 cases and deaths so far — and its grave economic impact, its promise to probe alleged human rights abuses committed during the former Abdulla Yameen administration has not been forgotten by those awaiting justice.

‘Better, but not good enough’

While acknowledging some significant gains since President Solih came to power, especially in child rights through the Juvenile Justice Act and Child Protection Act ratified by President Solih last year, activists voice concern over the government’s slow-paced efforts on other fronts.

“In comparison to the previous government, the civic space has opened up since 2018. However, this does not mean that there have not been issues pertaining to citizens’ democratic and fundamental rights, especially their right to Freedom of Expression,” says Deekshya Illangasinghe, Executive Director, South Asians for Human Rights (SAHR). Human rights defenders, who call for freedom of religion and belief, continue to receive death threats, verbal attacks, especially on social media, she notes, adding: “civil society are still not able to express their opinion without fear or repression.”

According to Mushfiq Mohamed, Secretary General of the Executive Committee of non-governmental organisation Maldivian Democracy Network’s (MDN), while the Solih administration has brought “commendable changes” to get the Maldives back on track with democracy, legal reforms to previously enacted anti-democratic laws have been slow over the past two years. “Recently, the government restricted protests based on anti-democratic amendments made by the previous government, which it was voted into repeal,” Mr. Mohamed told The Hindu.

Although the Whistleblower Protection Act – passed last year — and the decriminalisation of defamation have sought to improve the environment for freedom of speech, journalists and human rights activists continue to operate in a “dangerous climate”. “Many still resort to self-censorship on sensitive issues where police cannot be trusted to protect individuals,” says Mr. Mohamed.

The Maldives’s “harsh treatment” of migrant workers since COVID-19 struck has also drawn attention recently, including from international rights watchdogs. The migrant workers had to undergo various hardships, Ms. Illangasinghe observes, adding: “Some were even treated as criminals for protesting to obtain their due payments. Large numbers were arrested and consequently deported without even giving proper access to lawyers.”

Meanwhile, the government’s slow progress on two crucial cases has come under scrutiny. In their campaigns ahead of both the presidential and parliamentary elections, the ruling Maldivian Democratic Party (MDP)’s Leader and Speaker Mohamed Nasheed and President Solih made bold pledges to probe the disappearance of journalist Ahmed Rilwan, who was known for his critical views and is missing since August 2014, and the killing of dissident blogger Yameen Rasheed in 2017. “It is disappointing to note that, even though the current government came into power with a promise to investigate these cases, the progress has been very slow where the perpetrators have still not been brought to justice and the families remain in hope,” Ms. Illangasinghe says.

When President Solih convened the Commission on Investigation of Murders and Enforced Disappearances on his first day in office, 17 November 2018, he gave the victims’ families and rights groups reason for hope. In September last year, the panel said the investigation, then “nearing completion”, threw up troubling evidence of radical Islamist groups targeting dissidents like journalist Rilwan, who they believed, was murdered on a vessel at sea. The murder of blogger Rasheed too, was linked to the case. There has been no substantial forward movement since. In July this year, the families of Rilwan and Rasheed requested President Solih to invite an international expert to assist the investigations undertaken by the Commission, hoping that would expedite the probe.