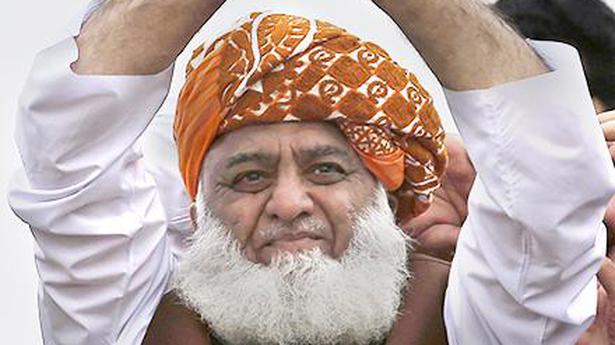 According to PDM’s steering committee convener Ahsan Iqbal, deposed Prime Minister Sharif proposed Rehman’s name as the alliance president and it was endorsed by PPP chairman Bilawal and others, the Dawn newspaper reported.

There was an agreement among the leaders that Mr. Rehman should lead the PDM in the first phase as he had already led a demonstration, dubbed as Azadi March, against the present Pakistan Tehreek-i-Insaf (PTI) government last year.

“Since the Maulana has already done a rehearsal and his party is more disciplined and has the ability to effectively mobilise the masses, therefore, in the first and decisive phase, he is the best choice,” said one of the participants in the meeting.

Most of the participants were of the opinion that in order to maintain continuity, it was necessary that the tenure of key office-bearers, including that of the PDM president, should not exceed four to six months.

‘No link to India’

The Maulana’s nomination to lead the movement came only a week before the formal launch of the anti-government campaign by the opposition parties with PDM’s first public meeting scheduled for October 11 in Quetta.

The opposition parties’ heads in their meeting also passed a resolution. Through it, the PDM leaders condemned the PTI government’s statement linking the alliance to India, stating that such a statement was a proof of the government’s frustration.