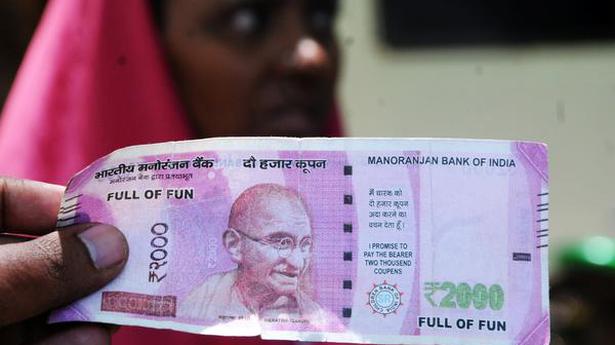 Four years after demonetisation, data on seizures of counterfeit notes shows there is a surge in seizure of fake currency in 2019 compared to 2018

Four years after demonetisation, the highest number of all counterfeit notes seized last year was in the denomination of ₹2,000, according to the National Crime Records Bureau’s (NCRB) annual Crime in India report.

The data on seizures of counterfeit notes from all the States and Union Territories also shows there is a surge in seizure of fake Indian currency notes in 2019 compared to 2018.

Data: How much currency was in circulation in FY2019?

On November 8, 2016, when the government announced the scrapping of old ₹ 500 and ₹1000 notes, one of the reasons attributed was wiping out fake currency notes in circulation.

The government claimed that the ₹ 2,000 notes had several high security features.

In 2019, the National Investigation Agency (NIA) registered 14 cases, where 13,459 pieces of ₹2,000 counterfeit notes had been seized. It also registered eight cases to probe recovery of fake ₹500 notes. A specialised unit to investigate fake currency notes was established in the NIA few years ago.

Though there was no definite account of the number of fake notes in circulation with the government when demonetisation was announced, a study done by the Indian Statistical Institute, Kolkata, in 2015 said that at any given point of time ₹ 400 crore worth fake currency notes were in circulation.

RUSSIA MADE VACCINE FOR COVID -19 ?